Get fresh music recommendations delivered to your inbox every Friday.

Only Two Can Play 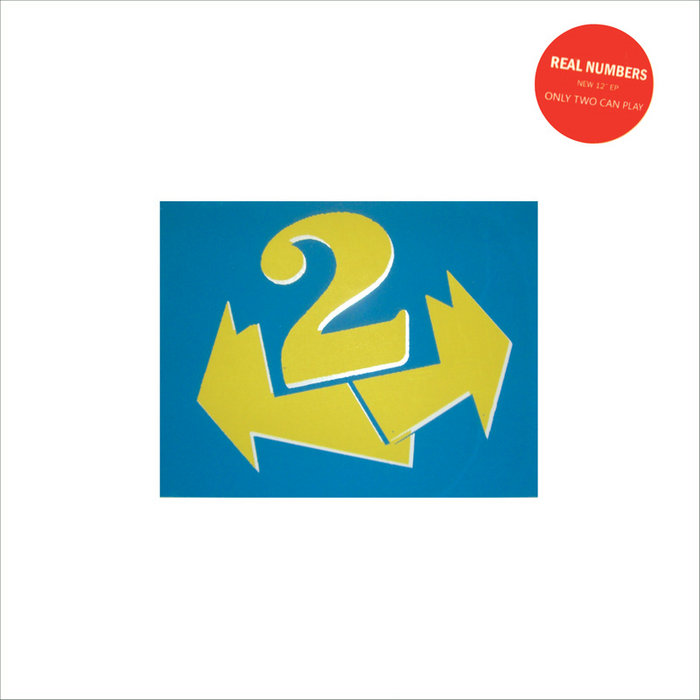 Well, this comes outta left field. These kids are well versed in trebly U.K. post-punk, twee pop, West Coast proto-pop punk, and how to meld them all together in such a way that it not only works, but it sounds fresh, fun, and relevant. Results sound like some long-lost U.K. minimalist group covering the Simpletones. Weird, yet stunning release here. (Jimmy Alvarado) - Razorcake

Eli Hansen goes even further in the UK-DIY-pop wormhole for the Real Numbers' latest, their second 12" and follow-up to the 7" on Florida's Dying which was their best record thus far. I'm digging the B-Side most, with "This Time He's Gone Too Far" having the sharpest hook, "Up & About" is nice little oddball lalalala-er with woodblock precussion and "Ordeal" being the heaviest hitter, sort of shadowy with the extra-reverbed guitar part and even some electronics, making perhaps the deepest tune Eli has written for the band yet. The A-Side has three others that go real heavy on the twee. You'll enjoy it all if you've been into the story thus far, but I think the B-Side is the revelation here and stretches the band out into some exciting new spaces - a bit more on the DIY-side than the pop-side could perhaps describe it. Scum stats: 300 copies, screened covers with paste-on back for extra DIY-itude.(RK) -Terminal Boredom

Last we heard from the REAL NUMBERS they were dropping a 7″ on Florida’s Dying in 2011. Only Two Can Play is their brand new EP, courtesy of Three Dimensional Records in Minneapolis. The Real Numbers are picking up right where they left off with their new EP. They stick to their simple pop-driven formula that made their earlier singles so infectious, charming us with six new tracks of bubbly, fun-loving garage pop. Their simplistic sound is characterized by delicate, lighthearted vocal tones and sweet, sugary guitar hooks. Most tracks barely pass the two minute mark which means you’ll be spinning these tracks a few times as the sink in. Each of these lovable garage nuggets are literally bursting with energy, with one perfect example coming in self-titled track “Only Two Can Play”. It’s driven by jangly chords and a sparkling lead guitar, supplying us with a picture-perfect nugget of their innocent sound. -styrofoamdrone

...More great stuff from Minneapolis. They share a label with the Sleaze and are friends, but where the Sleaze travel in through the gutters of the world, Real Numbers roll through it on scooters. The band have a new record that was released earlier this month on Three Dimension Records. It’s a 12-inch called Only Two Can Play with six short sweet songs that mine untapped veins of Television Personalities, Razorcuts and Art Museums gold. This is jangly, modish and very accomplished pop. Numbers permeate out lives. Put this record on while you balance the books, count your records or play Yahtzee. The Greek philosopher and professional Yahtzee player Proclus famously said “Wherever there is number, there is beauty.” Mathematician and record geek Philip J. Davis stated “The numbers are a catalyst that can help turn raving madmen into polite humans.” I don’t know Real Numbers personally, so I like to think that they’re raving madmen who are adept at polite pop beauty. I hope they continue to make more of it. -finestkiss

Bandcamp Daily  your guide to the world of Bandcamp

Little Brother joins the show to discuss their beautiful journey, plus tunes from Fat Tony